So, tomorrow morning we have a fundraiser for our awesome coaches who are headed to the big show in Carson City. They’ve been called up from the minors and will be locking horns with the best athletes who have ever put on nanos. Congrats again to 12 Labours, Luke, Brad, Jimmy, Rebecca, Kristen, and Christa. How else do we raise? By doing a WOD of course. Since the three boxes recently rebranded as 12 Labours, it is the 12 Labours WOD, which nobody knows anything about. All we known is we will have to do tire flips, running, stone squats or stone to shoulders, and a bunch of other stuff.

How much time have I wasted today trying to figure out what it is? Pretty much all of it. 12 reps of 12 different exercises…for 12 rounds. Maybe it will follow the 12 days of Christmas format….1 rope climb, 2 muscle ups, 3 stone to shudders, 400 meter run, 500 meter row, 6 box jumps, etc. Hey maybe it will follow fiflthy fifty where you just crush through a bunch stuff, puke,…do some more stuff…think about puking again. Chances of it being something like a drink a 12 pack with a few of your friends? Probably not. That will happen afterwards.

Lets to try to break it down logically.

What do we know?

What have we Heard?

Looking forward to finding out!

Below are fifty rules/guidelines/recommendations I have collected during the past three years as a CrossFit addict. Trust me, it doesn’t mean I do all of them. Do as I say, not as I do. Isn’t that the way it is supposed to work?

Who has some more recommendations? 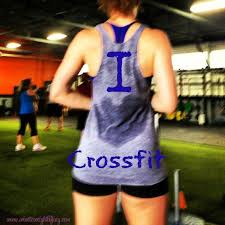